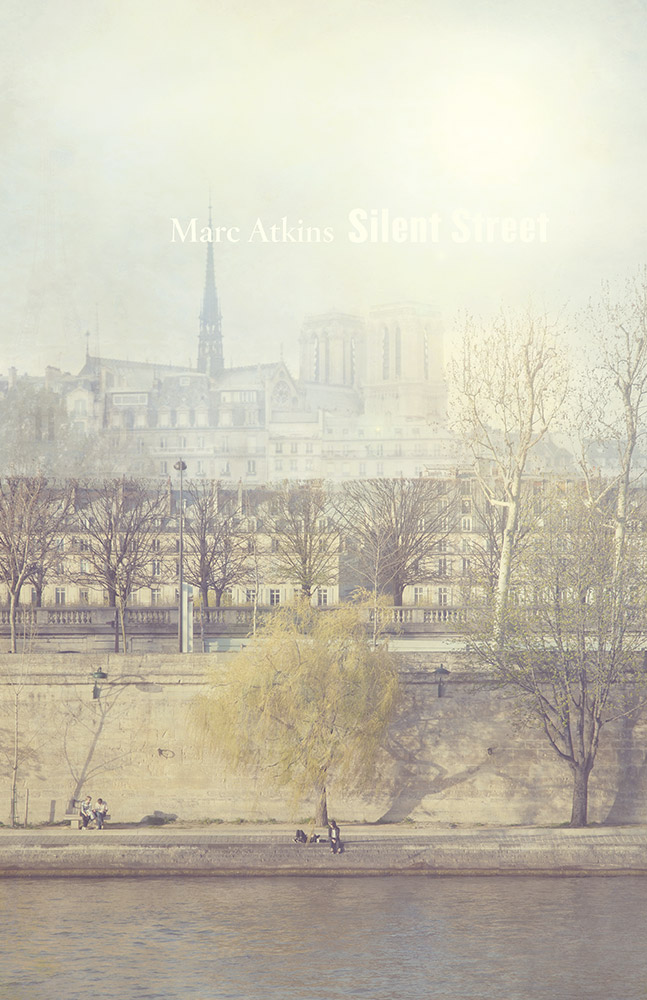 Atkins’ texts are unprecedented. His work gets stronger, more varied in tone, more versatile in every way. He has gone from a studied neutrality of registration to more personal inflections, emphatic, insistent, uncompromising in their eclectic mixing of registers, choosing stark combinations of abstract and concrete because the truth can only be delivered that way. Paradoxically, his phases of misgiving and seeming indirection force his writing to fight back in more and more decisive modes of predication. When the world out there is not cooperating properly, the world in here is being given its marching orders in no uncertain terms. The great thing is he has gained as much control over the writing as he has for so long over the image-making – and the connections between the two are becoming more and more inescapable — Rod Mengham

I have been enjoying this new collection tremendously. Looking back on Atkins’ earlier collections, I was struck by a strange mixture of continuity and rupture. Some of the pieces are more radically disjunctive than before, which, to me, gives them a sense of immediacy and makes them more “performative”. I also feel the influence of Beckett’s later work (in pieces like “Fourth Night”). As always I appreciated the clarity and visuality of his prose and its capacity to engage with aesthetic and philosophical issues while generating powerful images, whether they are flamboyant or quietly meditative or somewhere in between. Another fine book of "irresponsible texts." — Michel Delville, author of The American Prose Poem 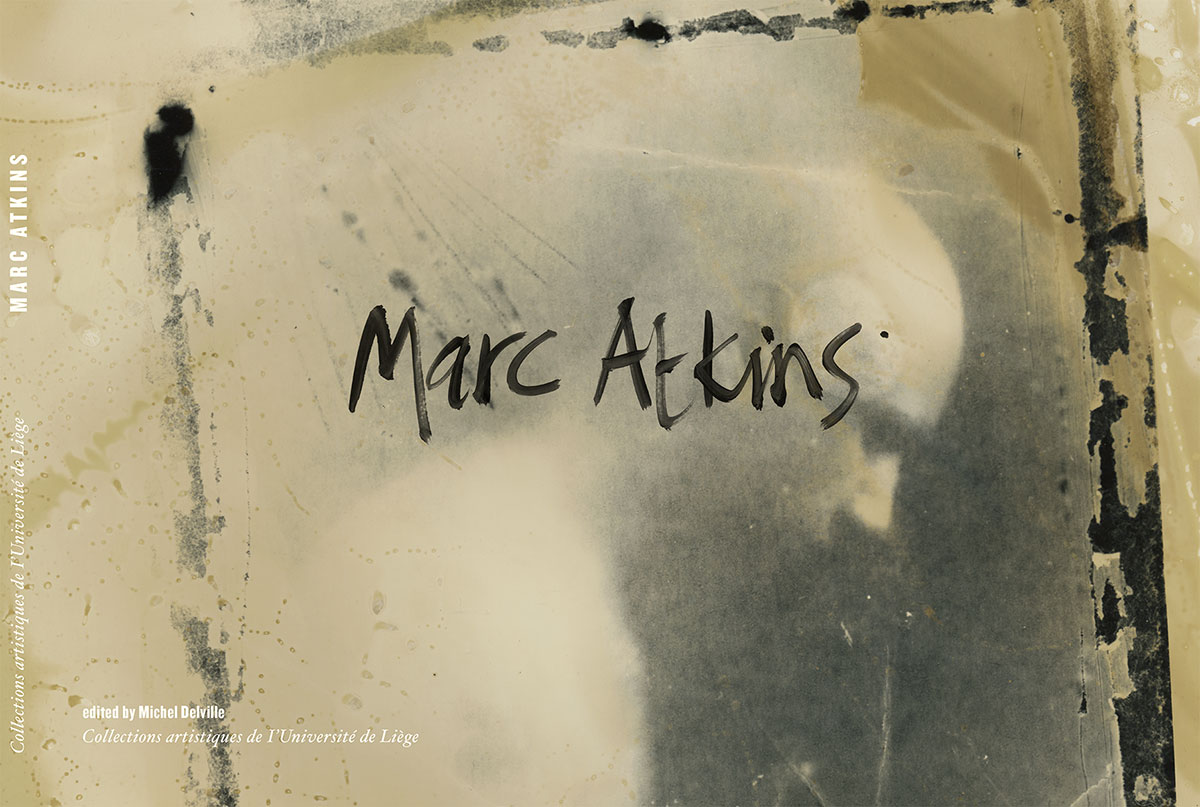 This beautifully produced book, depicting over one hundred of Atkins' images, most never before published, this potent tome goes beyond being a catalogue of Atkins' incredible images, it is an art work in itself, reflecting his inimitable style, combining reproductions of his photographs, drawings, texts and pages from notebooks. 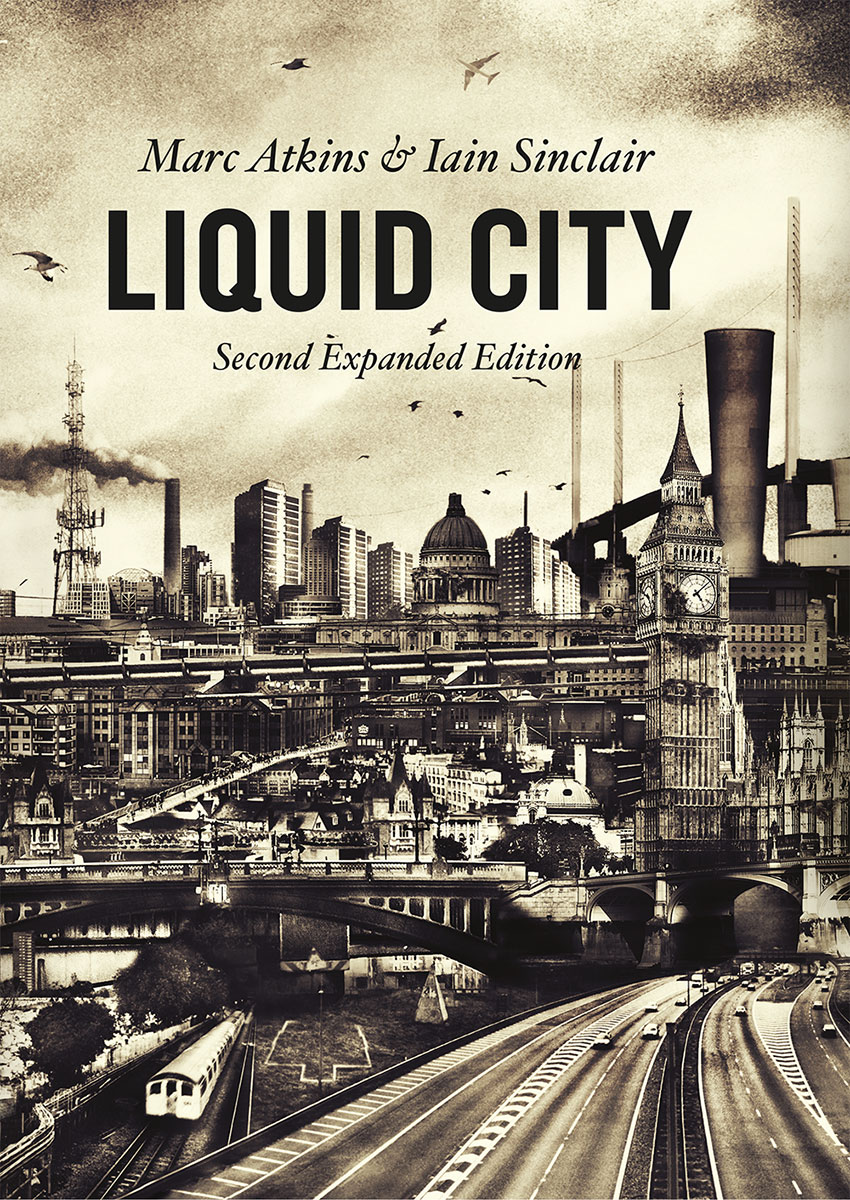 by Marc Atkins and Iain Sinclair 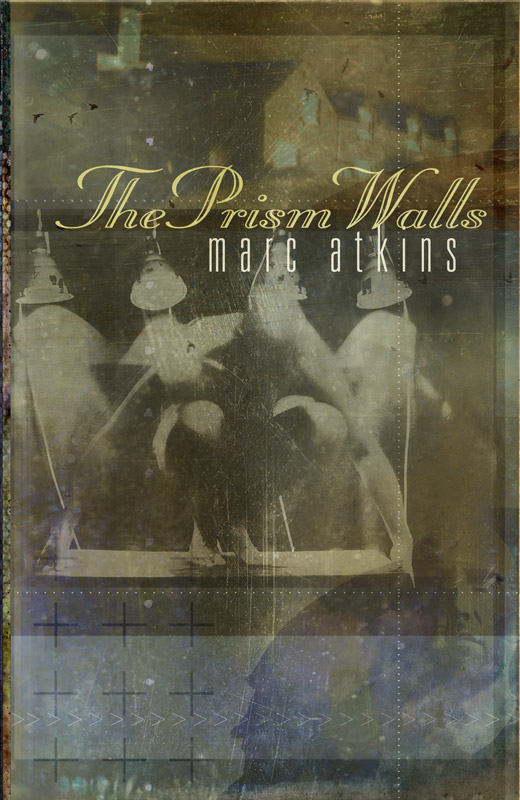 "The Prism Walls is an intense, sustained and unified tour de force. Atkins' work gets more and more adventurous, taking more risks, but also more finely calculated risks, and the result is exhilarating. The power of the writing derives from the way an elemental landscape is merged with elemental conditions of dwelling while being overlaid with the language of phenomena that belong to lens and screen technology." (Rod Mengham)

"I enjoyed The Prism Walls throughout. I particularly took pleasure in the seamless transitions from the verbal to the bodily &/or material (words morphing into smoke, light, shadows, breath, ...). A closer reading reveals the intricacies and depths of individual pieces. There are some truly unbelievable compositions that stand out. - A Walk Across An Empty Car Park (which reminds me of DeLillo at his very best) and 1919 being one of my favourite ones among the stort pieces, Island and the Prism Walls among the longer sections." (Michel Delville) 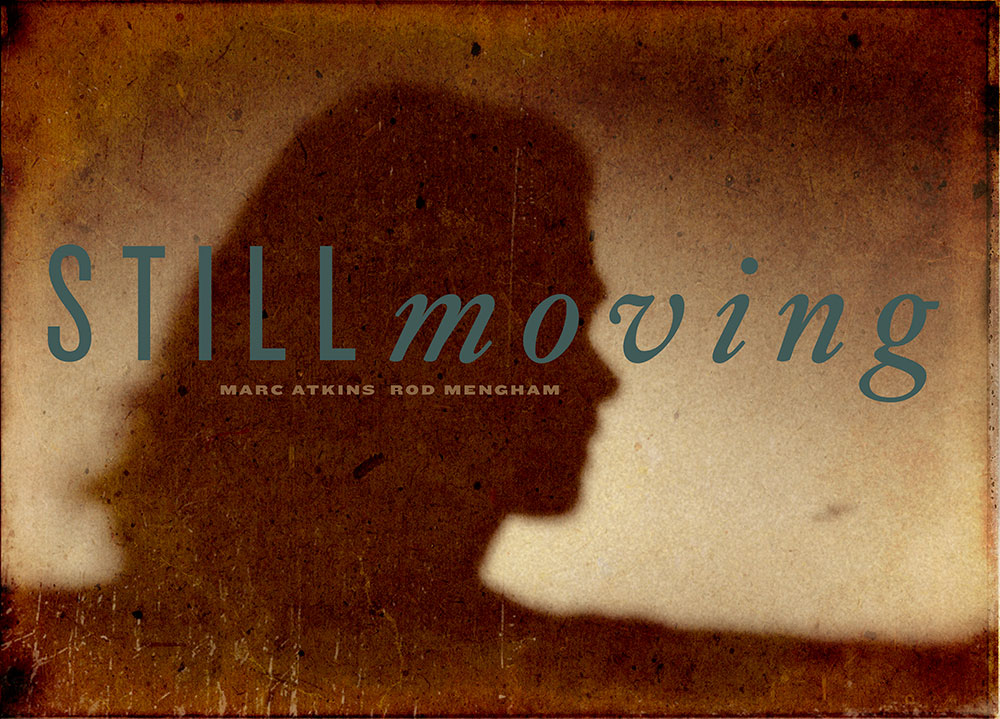 A selection of still images by Marc Atkins and texts by Rod Mengham, taken from their 'Sounding Pole Films' and other collaborations. 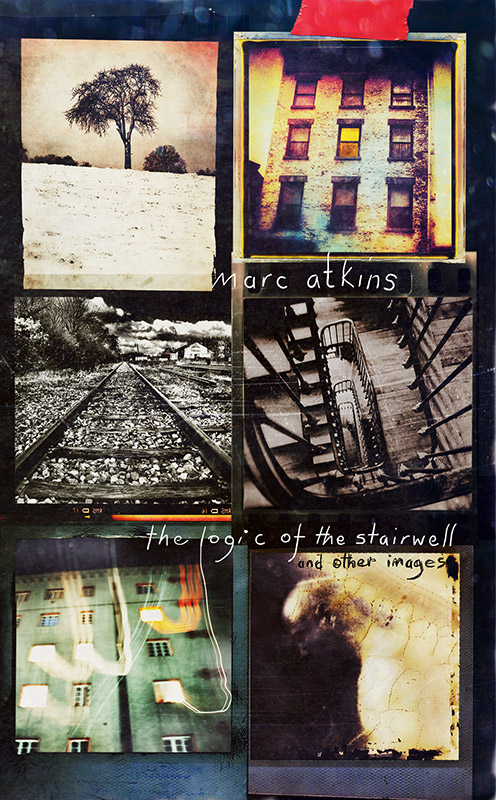 Logic of the Stairwell

"As a visual artist, Marc Atkins fills his work with hints and clues to a world of hidden spaces and scenarios. Here, in his writing, that world is disclosed in meticulous detail. It amounts to a reserve collection of the felt unknown, a whole new dimension that lies just beyond the familiar, on the edges of the utterly strange" — Rod Mengham

"This fascinating, intoxicating and often hallucinatory book ranks amongst the best prose poetry collections of the last half-century. Atkins is a Surrealist visionary whose prose creates a murmuring dream in every sentence, a visual universe in every paragraph. His Logic of the Stairwell takes you into a world of verbi-voco-visual intrigues that explore the mechanisms of perception and memory while blurring accepted boundaries between the narrative and the lyrical, the sensuous and the philosophical, the essential and the residual." — Michel Delville, author of The American Prose Poem 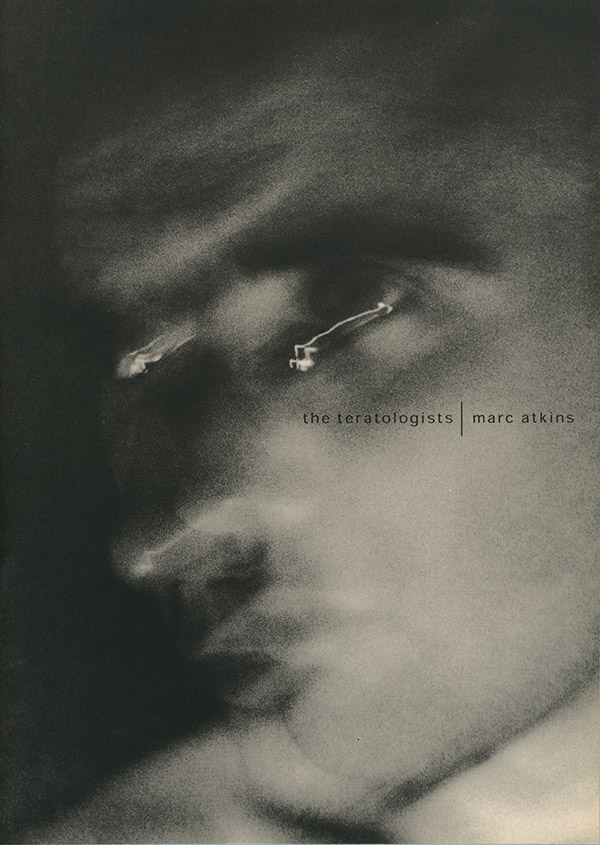 "Extraordinary timeless (lith) photographs of at once phantasmagorical and solid sculptural forms. Beautiful reproductions and fine design. Though only containing sixteen images this is an endlessly intriguing book... 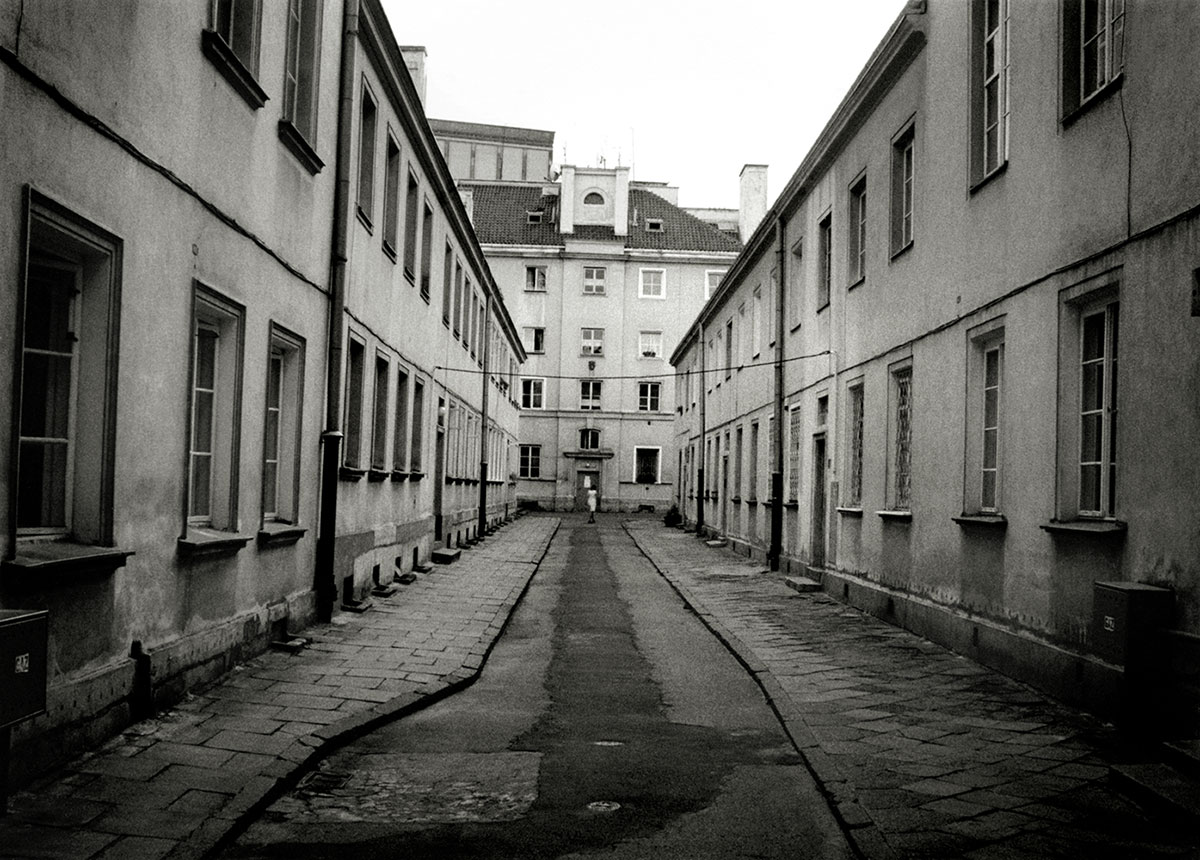 After Liquid City, a book about London, Atkins has taken on Warsaw, which he calls "a place of endless fascination". Readers who have been to Warsaw will be surprised at what Atkins saw and shot here. Those who have yet to visit this city will have their perception of it unalterably changed by Warszawa, a landmark in urban photography.

This book is now out of print and no longer available. 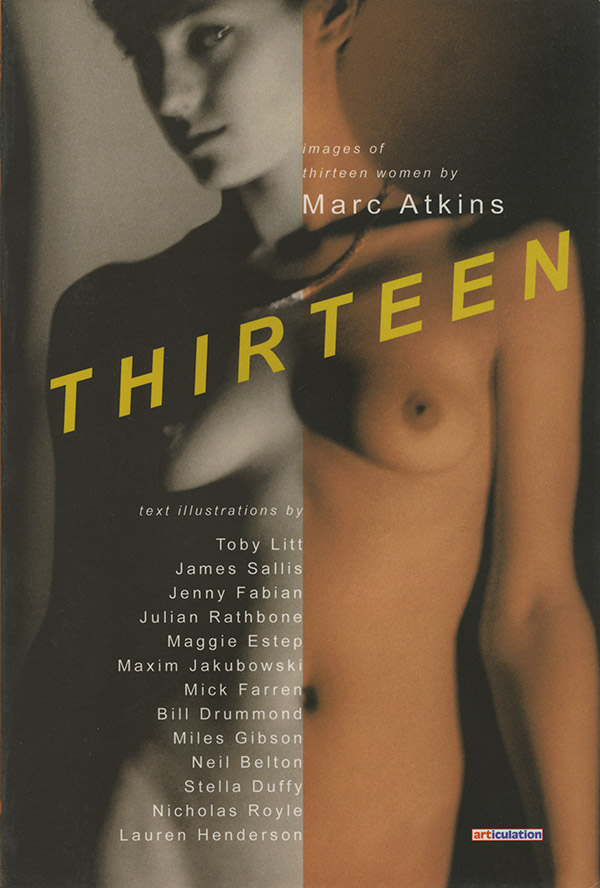 "13’ is a unique juxtaposition of imagery: photographic nudes by Marc Atkins ‘illustrated’ with text specially commissioned from thirteen internationally acclaimed writers. The authors ‘illustrating’ Atkins’ photographs in ‘13’ range from twice Booker Prize nominated novelist Julian Rathbone to New York columnist Maggie Estep via Bill Drummond (best known for his part in pop/art unit KLF) and Groupie author, Jenny Fabian. Some, like Nicholas Royle and Stella Duffy, are rising stars of British literature; others, such as writer and biographer James Sallis and writer/journalist Mick Farren are relatively seasoned veterans. All thirteen were given a nude portrait and asked to write about what they saw. The results are revealing, occasionally disturbing and very often breathtaking - descriptions which also fit Atkins' images perfectly. 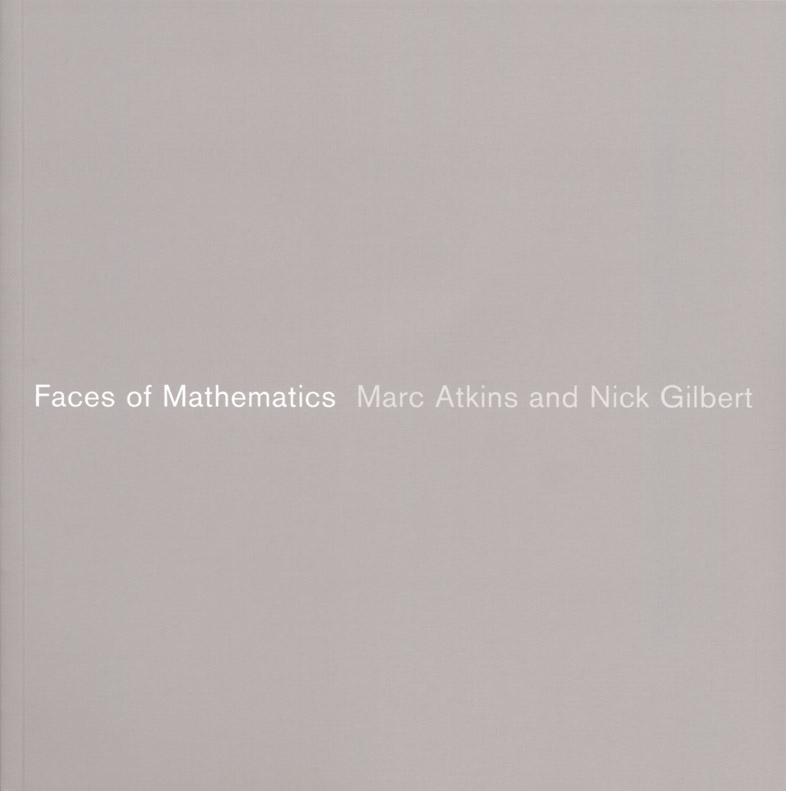 by Marc Atkins and Nick Gilbert

photography by Marc Atkins and text by Nick Gilbert

Photographic portraits of 20 of the top mathematicians working in Britain. Each image is accompanied with text by Nick Gilbert and statements by the mathematicians themselves.

This publication is no longer available. 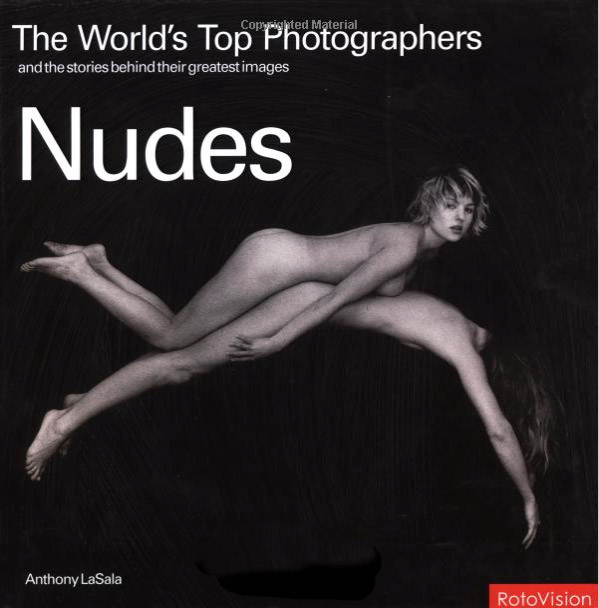 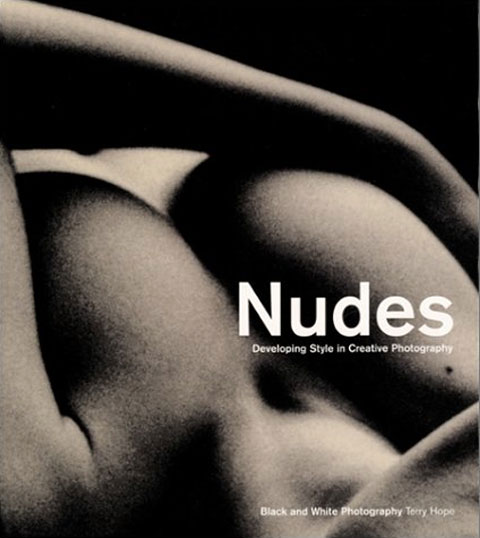